YouTube video of the vernissage of the ANTONIO CANOVA AWARD, Friday 18th November 2022

Angelica Library Gallery Rome with my paintings EXPLORING UNKNOWN TERRAIN and THE GIRL THAT MORPHED INTO A LITTLE GOAT.

On the occasion of my solo exhibition in St. Petersburg, Florida from October 10th to 31st 2019 there was a reception for 60 invited guests October 26th to an interview evening with a subsequent talk with the audience. Diane B. Morton, executive director of the ArtsXchange Gallery had invited the guests and organized the evening.

Spoleto Arte proposed me for the video clip artistiche on Tgcom 24 and reserverd me a space in the platform Arte in quarantena with the title "The infinite reality of Ulla Wobst" that was aired April 27th 2020.

Article for solo exhibition in Rome 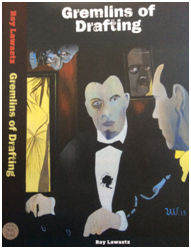 
Excerpt from an INTERVIEW
between Ulla Wobst and the art historian Susanne Dauer on January 12th, 2008 in the studio of the artist

Mrs Wobst, I'd like to know how your paintings develop. Is there always a concrete idea before starting? That means is your image complete in your mind or are you also guided by chance?

That varies. Sometimes I have a concrete idea of the image in mind as it was i.e. the case with ACCESSORY: I begin with a rough sketch. After that I design the details more exactly and experiment with them, enlarging, minimizing, shifting them so that it finally comes to a more exact sketch of the picture as a whole. This is added to an already prepared ground in the process of which it can be altered again if necessary.

In other cases I start without a concrete idea and let myself be guided by the preparation of the ground: TELEPATHY can serve as an example for this procedure. I look at the random results of grounding on the canvas and turn it 90 degrees around and around. I'll finally find one or more ideas for a picture. This process resembles that of the Rorschachtest. Associations from different sources are coming together from things I have experienced, felt, read or dreamt... These ideas don't arrive by chance but are already subconsciously there.

A superficial viewer could think your images are presenting dreams...

That wouldn't be correct. I don't paint dreamworlds but my reality, composed by all I experience, see, feel, hear, read and dream- as already said before.

There are variants of many of your paintings, often created within a span of some years...

This can have different reasons. Maybe that a theme is inwardly developing so that I paint variants as to the contents, see i.e. METAMORPHOSIS I and II . But mostly it's the atmosphere that still doesn't fit in with what I had in mind before. Then I try to alter forms and colours, leave out or add something...

So the painting has to be as exact as possible for yourself not first of all for the viewer?

At the moment when it's right for me in any respect it's also in line with the observer. It's the same with quality literature and - art (here in contrast to light fiction and decorative art) that always try to capture the essence of us human beings and to get at it as close as possible. That means to find the most adequate way to show this has to be found.

You want to find out more about man by your paintings. As to my mind one realizes that you „ put in scene“ as well actions as emotions. Are your paintings stage?

So one could say. For almost thirty years have I put on stage one or two theatre plays a year with the 12th grade at a German high school, mostly classical authors of the 20th century or Shakespearean plays.
Naturally this long and intense occupation has also influenced my paintings. Mimics, gestures, constellation of characters and their position in space reflect the great old human themes: Life, Love and Death. In this sense my images are a stage for man.
Sometimes I like to quote Shakespeare in this context. In AS YOU LIKE IT Melancholy Monsieur Jaques says: 'All the world's a stage / And all the men and women merely players / They have their exits and their entrances / And one man in his time plays many parts... '

In your paintings sometimes a female figure appears with the same bearing and gesture as in CATCHING DREAMS, SEARCHING TRACES and FROM CIRCUS TO CIRCUS. Striving forward she's throwing back her arms which almost resemble wings ... Can you say something about this? Do you perhaps present yourself in this character?

Generally speaking all the figures in my paintings -if male or female- contain something of myself or other persons I know from life, literature or dreams. They are always complex protagonists representing something I know very well.
The figure, that you're asking about is a human being taking off for the future, she's on her way. As in all paintings there can't be any succession, this woman is always on her way, that's her eternal presence. At the same time she's looking back to the past and she seems to have wings and could fly into a totally different space which can't be described with the traditional time/space categories. In her net she's catching deams and memories. In FROM CIRCUS TO CIRCUS she's accompanied by the energy and strength of bears and the winged ease of a bird. With this small attendance she's moving to the next circus performance.
Now I have tried an analysis myself although my paintings actually invite the viewer to invent his own scenario finding parallels to his own life.
My works are open for more than one interpretation.

Considering your work one sooner or later arrives at the time/space theme. Which part does the theme TIME play in your work?

It has an important role. Already two of my Staatsarbeiten dealt with this theme, 'The concept of time in the Joseph Novels by Thomas Mann' and 'The aspect of time in the novels To the Lighthouse and Mrs Dalloway by Virginia Woolf'.
Many of my works have man's relationship to time as their central theme: THE END OF DESERT TIME presents the change from a time of barrenness to a time of fertility. COURAGEOUS DEPARTURE depicts a man whose eyes are focused on the way he is decided to go although he knows about mortality. WITH THE SLIGHTEST BREEZE shows a process of change. THE END IS THE BEGINNING accentuates the aspect of eternity. ROBBING THE PLANT OF IMMORTALITY shows that Gilgamesch must accept that he can't conquer death.
All these images show that for me man is the central point in which time and eternity meet.

Let's finally ask for future ideas. What are you going to paint next? Are there any ideas?

Probably I'll work on a series with the title COSMIC RHYTHM. Experiences of two journeys in the last years to Sedona and Santa Fe, and my intense occupation with ethnological books about Northamerican Indian shamans and shamans from the Amazonian Rainforest in Peru will contribute to this series. It is their totally different „inner room“ and view of life, compared to ours, that fascinate me.